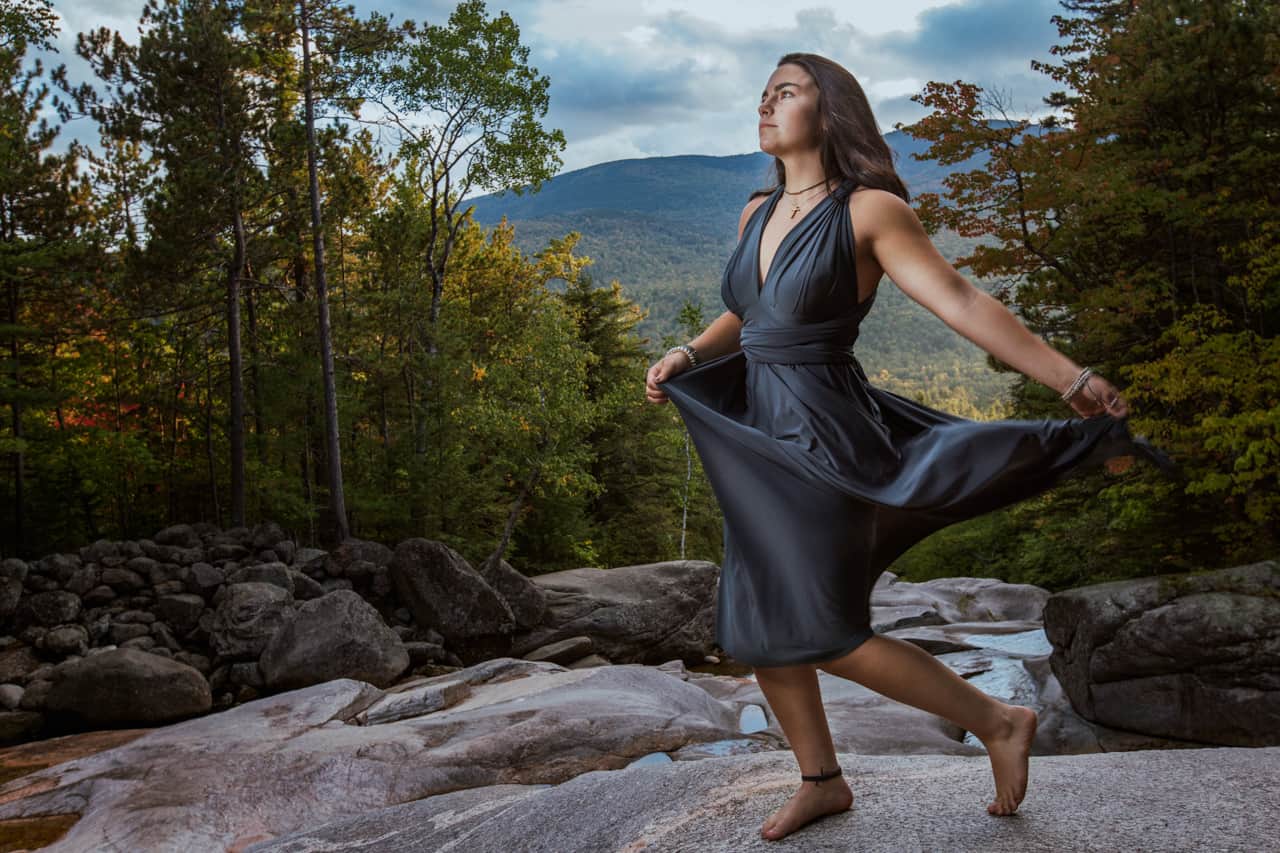 Senior pictures have changed significantly over the years. They’ve evolved from being quick headshots to much more inventive and individual sessions that bring out the personality of the student. Even after taking hundreds of thousands of photos, I learned early on that capturing the *true* individual is a skill and for me, a lifelong pursuit. With that in mind, my approach to senior photos is the same as any other high-end client – get to know them and produce their favorite picture of themselves.

Aneah contacted us because she needed a set of senior pictures as she headed into her last year of high school. Our first step in any process is to talk to our clients and get to know them one-on-one. She came into the studio and we sat down for about an hour to talk about what she had in mind for her shoot. As a student athlete in multiple sports, she knew she wanted to incorporate a soccer ball into the images somehow.

We live in a small ski town in Maine and Aneah also wanted the elements of the mountains in at least some of her images. The largest resort in the area is Sunday River, so I immediately thought of some spots on the mountain where I’d love to shoot portraits. When I worked for Outside Television, we would make weekly videos on the slopes so I knew just where to go to get majestic views.

For variety, I also wanted to get a completely different location to continue tying in Aneah’s personality to the environment around her. There is a local waterfall and natural swimming hole in a nearby state park that I thought would make for a perfect backdrop.

Day of the Shoot

On the day of the shoot, Aneah showed up with her friend Macie, a few outfits, and a great attitude. We headed right up the mountain in a gondola cabin, and she changed into her first outfit in the lodge. The day was perfectly clear and very warm, pretty typical for the end of September in Maine.

After about 90 minutes on the mountain and a few outfit changes, we headed to the second location which was about 30 minutes away in a nearby state park.

We had a casual hike up to the waterfall and took images everywhere I thought would be interesting. With several more portraits and outfit changes out of the way, the sun began to go down so I knew it was time to seize an opportunity to get more experimental shots. I supplied Aneah with a glamorous dress from my wardrobe, and while she changed, I setup a large strobe with an octobox. While she was a little curious as to what we were creating, I reassured her that these images were going to set her apart from everyone else she knows.

I began editing her images as soon as I got back to the studio and was really excited to see what we shot. About a week later, Aneah and her mom came into the studio for the Reveal. I started with a music video that showed all of the pictures we created. Happy tears all around!

We spent another hour or so picking their favorite shots, and as is so often the case, it was not an easy task. This is not a small purchase, so making sure that your images are your favorite can take some time!

One thing was for sure though, the glamour dress shots at sunset wound up being her favorite shots of the entire day.

Aneah wanted senior portraits that were different from those of her friends, and I think we absolutely achieved that!

What is the Portrait Process? A lot of things about photography have changed

Clubhouse is the latest and greatest social media app, and I am all-in

While many creative folks will find the information below to be relatively basic,