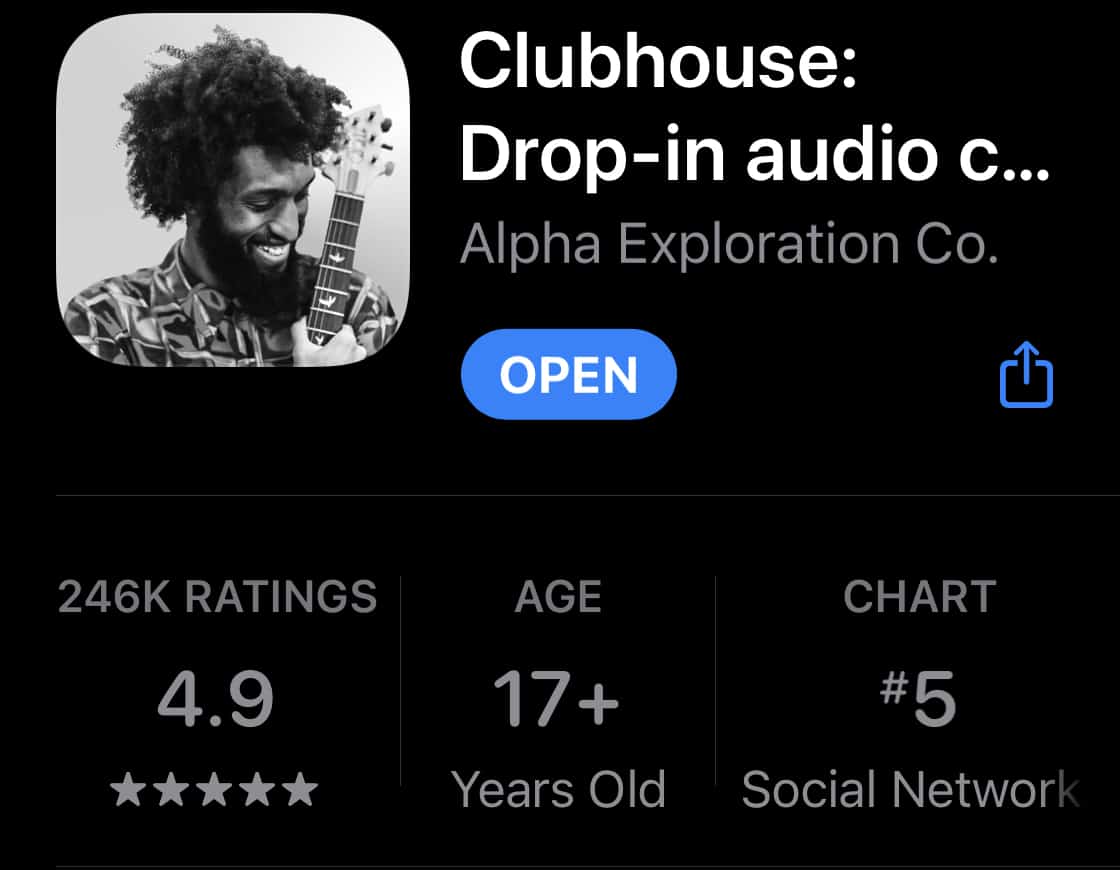 Clubhouse is the latest and greatest social media app, and I am all-in on it.

I joined in late January, 2021 but there has been a set of power users or influencers that have been building the community since fall of 2020.

At the time of this writing it is still in invite-only beta, but there are already thousands of users from all over the world. Not bad for a company that has only 9 employees.

What Is the Clubhouse app?

So the gist of Clubhouse is pretty simple: it’s like live podcasting where you get to interact. Clubhouse likes to describe itself “drop-in audio chat” but I like to describe it as a huge conference center where, as you travel down an infinite hallway, you can poke your head into different “rooms” and see who is speaking about a certain topic. There may be one speaker “on stage”, but more often than not there is a panel of a few moderators. You can choose to sit in the audience and listen passively, or you can choose to raise your hand and be invited on stage to participate in the conversation.
If the panel members follow you, you get moved to the front of the room, thereby gaining more visibility from the others in the audience.

Had enough of the conversation? You can leave quietly without disturbing the rest of the room.

There are also “clubs” which are collections of rooms that generally all connect to the same topic. Photography for example, or marketing. You can choose to follow clubs, or be added as a member. With member status, you can open your own room in that club, potentially gaining you many more listeners than if you started a room on your own. There are certain rules around starting your own club, but mainly the app founders want to see you creating rooms consistently before you are approved to start your own club.

Can I send DMs in Clubhouse?

There is no in-app direct messaging (all of that is handled through Instagram or Twitter) and the only real metric is the amount of followers you have, or the amount of people you follow.

Seriously, that’s it. The simplicity of it is amazing. But that’s not even the good part.

The best part of Clubhouse is that everyone is generally on the same playing field with the same rules. Meaning, you could be in an audience with Elon Musk or Oprah and he or she would have to raise his hand just like anyone else, unless of course the room moderator instantly makes them a moderator as well.

At the moment it’s a bit like the Wild West with people trying to stake their claim in their corner of Clubhouse, creating some rooms with many moderators in different time zones so that the rooms never close. Some rooms can be private and last only a few minutes. Most rooms, I’ve found, last about an hour or two.

My Experience So Far

Over my first two weeks, I’ve found that I have a lot of different emotions about the app. Here’s a very brief list of the pros and cons as I see them (believe me, there will be more!):

What is the future of Clubhouse?

While the future of Clubhouse is certainly bright, It has reminded me of this poem from the Golestan

“Human beings are members of a whole,

In creation of one essence and soul.

If one member is afflicted with pain,

Other members uneasy will remain.

If you have no sympathy for human pain,

The name of human you cannot retain.”

Either the community will self-regulate and flourish and we stand witness to the beginnings of a new type of social interaction, or it will become just another app lost to the history and legend of the silicon gods.

So What Makes It the “Best Ski Town”?   Bethel, Maine was just

Get To Know Us

What is the story behind Stonetree Creative? When people start to get to

I don’t go fly fishing. As much as I love to live in